I have to admit that I was a little apprehensive at being this close to the big 4-0, but now that I'm here, it's not so bad. Maybe it's the 1:00 pm birthday G&T talking, but I'm kind of enjoying peering over the edge of another decade. My 30s have been a crazy ride so far and while I'm hoping that happier times are ahead, I'm thankful for everyone who's touched my life in the past few years (and that includes all of you here in blogland!).

Speaking of people who have touched my life, here is a memory about someone who did so in the most profound of ways. I found this on my dad's computer when I was home for Thanksgiving. He doesn't talk much about Lydia, but it was nice to see that he thinks about her. This brief clip is the only video I have of when I was pregnant:
:: posted by Ann Howell, 1:07 PM | link | 5 comments |

I'm in the middle of a big, complicated work project. I just left my boss's office after a frustrating conversation (he doesn't seem to know anything about how my project is supposed to work) and in the dozen steps between his office and my desk, my head went from the complexities of document management to thinking about cleaning out my closet when I got home tonight to wondering what I was going to with Lydia's clothes that are still tucked up on a high shelf in there (is this the year to donate them to charity?)... at which point my eyes filled up with tears and I quickly slumped into my chair so that no one would see me crying. Will this freakishness ever end???
:: posted by Ann Howell, 2:54 PM | link | 5 comments | 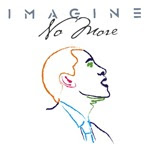 I got a rock

Gearing up for tonight's special tv event (for once, nothing to do with the election), I can't help but identify with Charlie Brown's recurring lament, "I got a rock." In my case, this sentiment has less to do with Halloween candy and more to do with motherhood. When everyone else seems to be bringing home the Hershey bars and Reese's cups and Kit Kats in the form of gurgling little pink and blue bundles, I get the rocks. And I didn't even think that my costume was that bad...
:: posted by Ann Howell, 7:38 PM | link | 3 comments |

I'll be thinking of all of our little ones as I light my candle tonight: 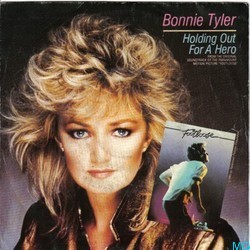