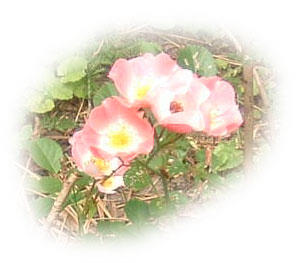 I created this account weeks ago, with the full intention of giving this blogging thing a go, but somehow just never found the motivation to dive in. But lately it's seemed more and more important to express myself (cue the "Free to be You and Me" soundtrack") and there's stuff that I just gotta get out. So, here goes...

A week ago last Sunday was my daughter's first birthday. While we should have been celebrating with cake and ice cream and presents (lots of educational stuff that would have been way too precocious for her, I'm sure), we were in France celebrating my brother's wedding. Without our daughter. Because our daughter died before she was born. So it wasn't even a birthday, really; I call it her "anniversary". So there we were, thousands of miles from home, surreally spending the day so far removed from our daily life. Our daughter was supposed to have been there with us. We were going to be one of those annoying people taking a baby on a trans-atlantic flight. (But of course *our* baby would have been good as gold, barely making a murmur until we landed.) And although she wasn't there, she was rarely far from my mind during that week. I tried not to be bothered by the fact that my brother and his new wife didn't even acknowledge the date (even though it was his bride's birthday as well, and therefore not a date she was likely to forget), of course they had other things on their minds at the time. We toasted her memory with some good friends and that was the only formal marking of the day. I just can't believe that it's been a whole year. It seems like just yesterday that I was feeling her kick for the first time and walking around rubbing my belly, trying to bond with this little person growing inside me...

Now that the year anniversary has passed, I feel like I'm supposed to be moving on somehow. I do feel closer to being ready to accept a new pregnancy, another child, but I know that part of me will never completely let go. The joy of knowing her for the short time that I did and the intense pain of losing her, are feelings that reside in this yin-yang ball in the core of my being. The picture at the top of this entry is a rose bush that was given to me by an old friend when we lost the baby. I planted it outside last summer, knowing that roses are very hard to grow in our northern climate and that it most definitely wouldn't survive the winter. I put some mulch on it in the fall and tried not to get my hopes up about it. In the spring I was amazed to see green leaves sprouting from the stems. I trimmed it back and watered it faithfully and a few weeks ago small buds began to appear. It is now in full bloom -- a testament to hope against adverse conditions.

So, these are my thoughts today. I am trying to stay hopeful, but the pang of loss and grief is still firmly rooted in my psyche. Sometimes I really do wonder if motherhood is something I'll ever get to experience fully.